On May 19, 2020, the Sweet Magnolias series by Sherryl Woods will air as a Netflix original adaptation. In this series, lifelong friends lift each other up as they juggle relationships, family, and careers in the small Southern town of Serenity. See what’s available in our catalog and on hoopla! 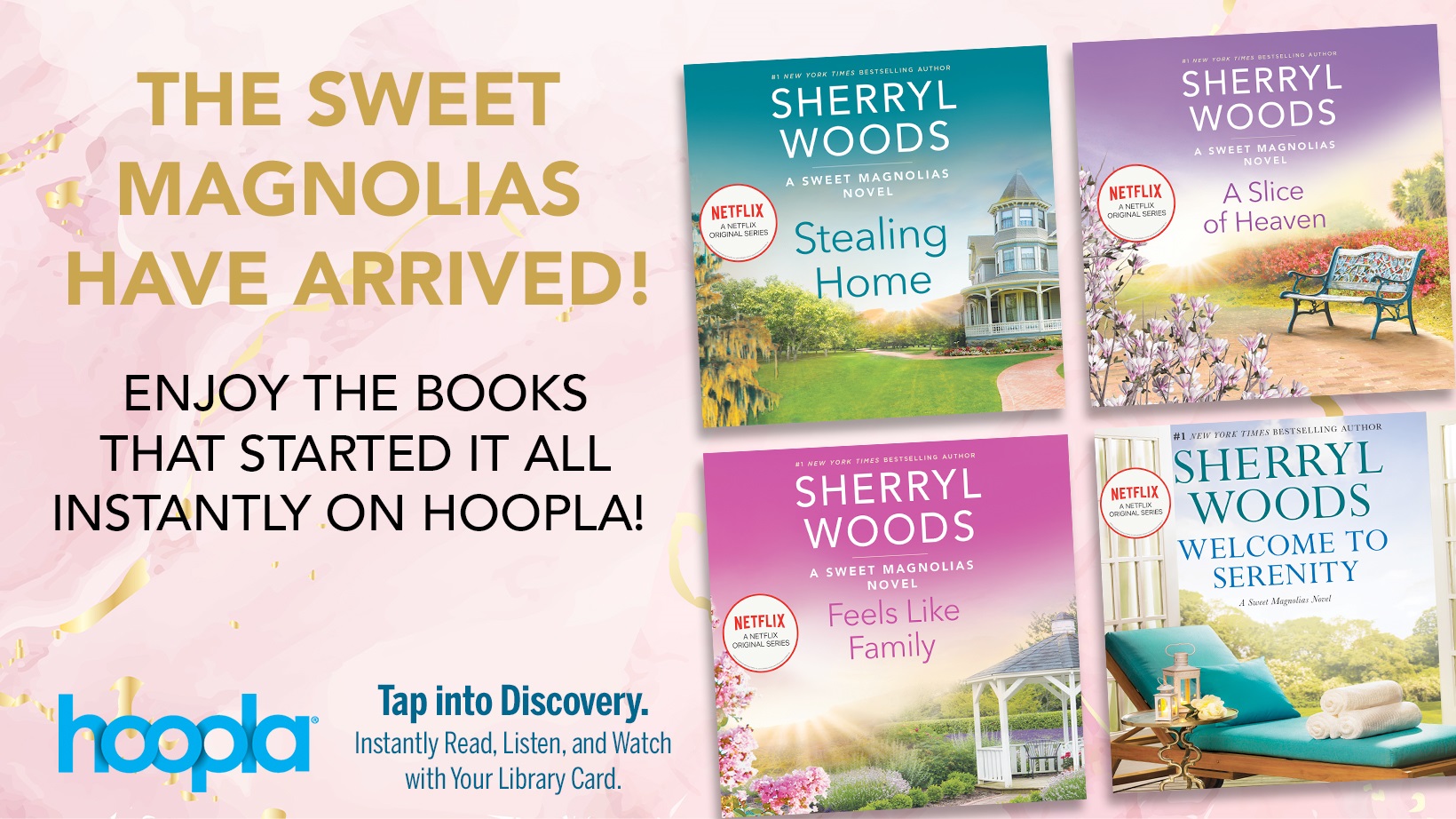 Stealing Home by Sherryl Woods
Book 1 in the Sweet Magnolias series
hoopla ebook
hoopla audiobook
Sweet Magnolias: entire series on hoopla
Print collection in the library catalog
Maddie Townsend might live in a town called Serenity, but there’s been nothing calm or peaceful about her life since her marriage broke up. This stay-at-home mom has no job skills, an out-of-control sixteen-year-old son, a talkative fourteen-year-old who’s suddenly gone silent, a six-year-old daughter whose heart is broken, an ex-husband whose younger girlfriend is expecting their baby and two best friends who think she’s somehow qualified to help them open a fitness spa for women. But if Maddie is a tad on edge with all that on her plate, it’s nothing compared to the chaos that ensues when she discovers that her son’s baseball coach has feelings for her and the whole town disapproves. Maddie’s faced a lot of challenges lately with strength and resolve, but Cal Maddox may turn out to be more than she can handle. Then again, he could just be the one man in all of South Carolina who can help her find serenity.